One year ago, we believed the covid crisis would eventually lead to higher productivity through increased teleworking whereas higher deficits/debt/monetary aggregates & raw material prices were not enough to trigger lasting inflation as monetary velocity was too low + commodity dependency was much lower + salaries were no longer indexed to inflation + unions had lost power. Moreover, deflation/disinflation expectations would be difficult to reverse after a four-decade trend, while globalisation was still leading to wild competition + the uberisation of economies was still biting.

However, although Powell is still sticking to his guns, we started a few months ago to wonder whether a secular change was finally occurring (see our analysis “Secular change” on July 13th) and, after having lived through the 70’s, we must say that we are shocked/scared in front of what is happening today.

We did not expect the supply chain to collapse, and midterm consequences will not be transitory as they are challenging the offshore/globalization & just-in-time business models. Ditto with the welfare state model, which is now spreading to an America which has always been so liberal, while Xi made a clear u-turn in China. The labour shortage hitting many sectors in developed countries also results from the post-covid workers’ mindset, such that the uberisation dictatorship is now over + low wages have to be raised. And all of this will come at a price we were not expecting.

Moreover, the renewed pricing power of companies (after so many decades of competition) + the energy crisis that is hitting Europe are set to exacerbate the situation. Worse, low-incomes/retirees/poor/minorities are the ones who will suffer the most, and social unrest/tensions may occur at any time. 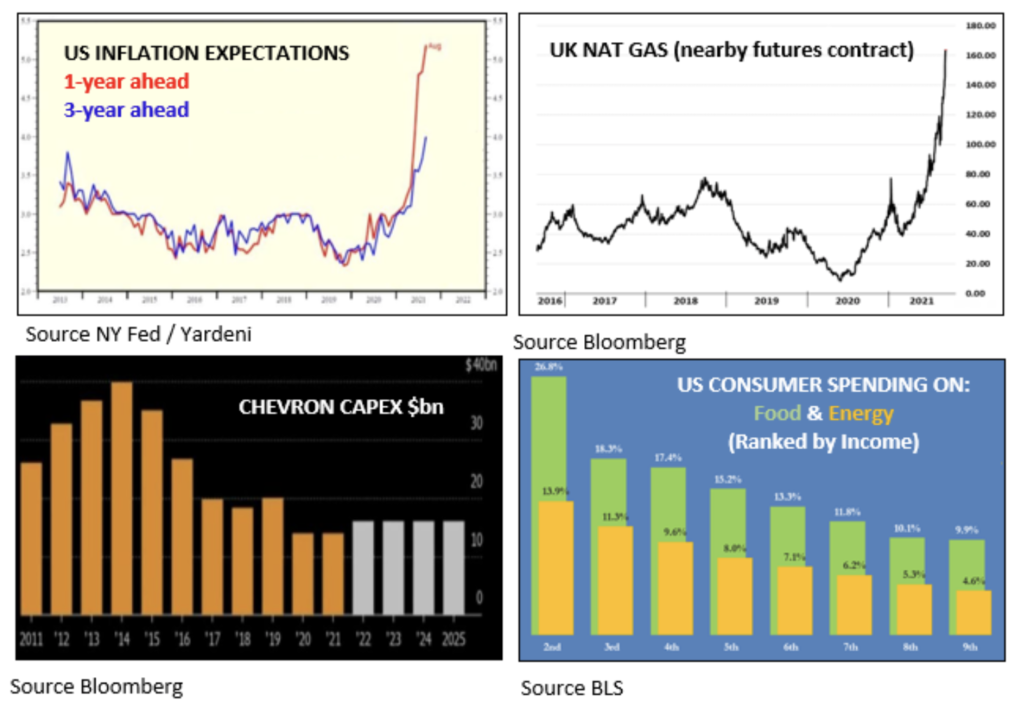 Inflation expectations are not anchored at all (top left-hand chart), even though the Korean war in the 50s proved that they may be event-driven (and rapidly come back down). However, after years of cost-cutting and low capex (bottom left-hand chart), under the pressure of shareholders + ESG + green policies, the energy sector’s capacity is too low today (especially when the wind is not strong enough for renewable energies), and this is what is happening in Europe (raising the risk of power blackouts over the winter!). In the end, the lower income households will be the most impacted, as they spend a much higher proportion of their income on food (27%) and energy (14%) – bottom right-hand chart.

The longer it lasts, the less the situation will prove temporary, with all the snowball/spillover effects this will lead to. Odds are very high that Powell & Lagarde are wrong. 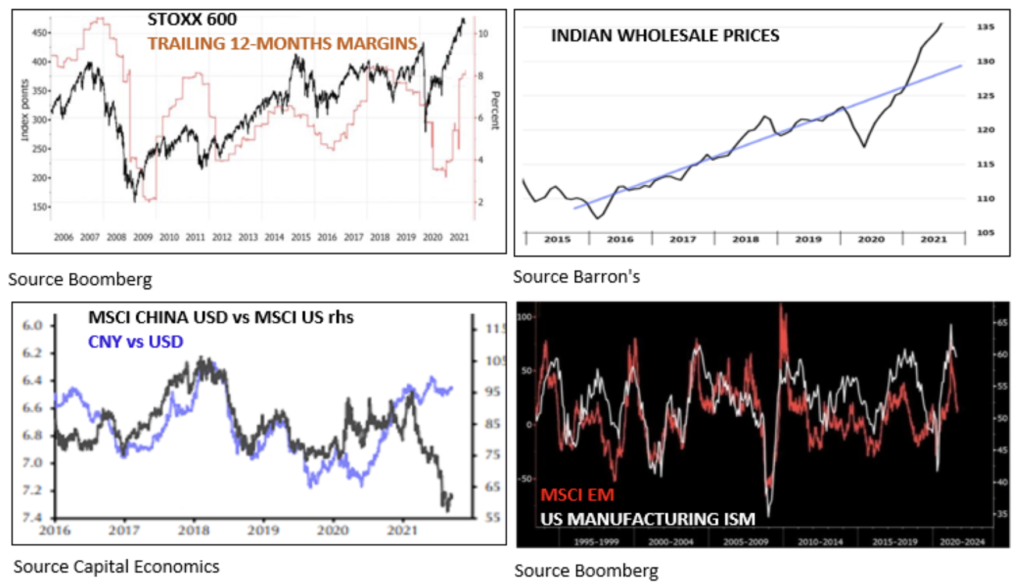 In a context of elevated PE & margins (top left-hand chart), the increase in input prices is obviously unwelcome. Hence our negative stance (while the bullish camp continues to focus on the disappearance of the covid and a spending revenge that would just be delayed). The phenomenon is worldwide of course, as witnessed on the top right-hand chart, which reinforces our negative view on the Nifty index.

On top of that, the default of Evergrande will leave some deep marks, even if the government would finally take control of it, as already explained. The PBOC may be forced to intervene in the end (if only because property accounts for 40% of Chinese households’ wealth) and, like in 2015, a yuan reversal may follow suit on the downside. So yes, as we also mentioned yesterday, the deterioration of the situation in China & EM (which are hit by food and raw material price increases) is highly likely to spread to DM in the end (bottom right-hand chart). It would not be the first time at all…

PS: charts presented this week on EU & US indices are unchanged and still valid. 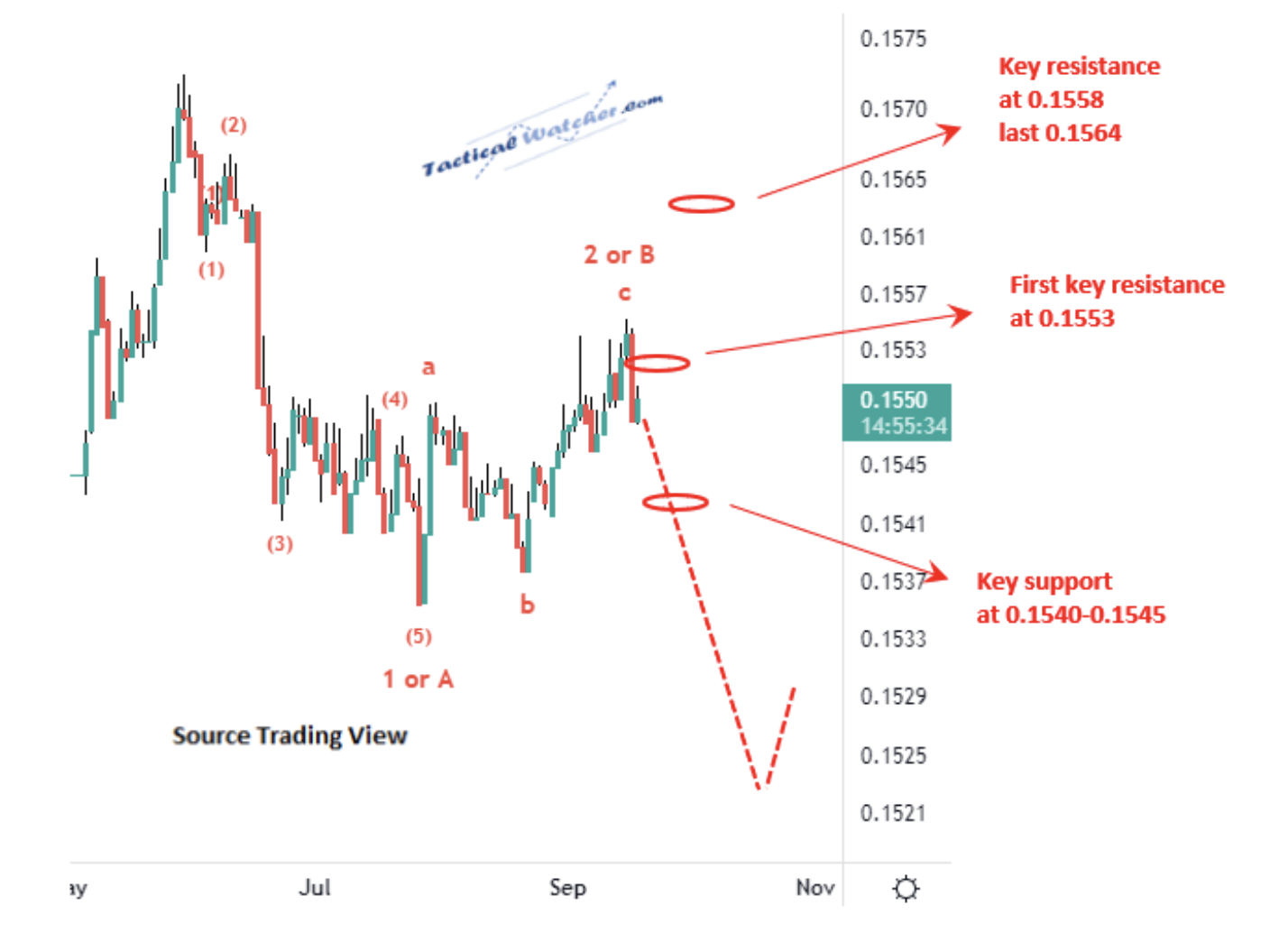 61.8% of “wave 1 or A” has almost been reached. The Yuan is ready to develop a new wave down (as displayed above). That would likely fit with some loosening of the PBOC linked to the current context (crisis with liquidity crunch or stimulus?). It is likely to depend on Evergrande’s outcome. 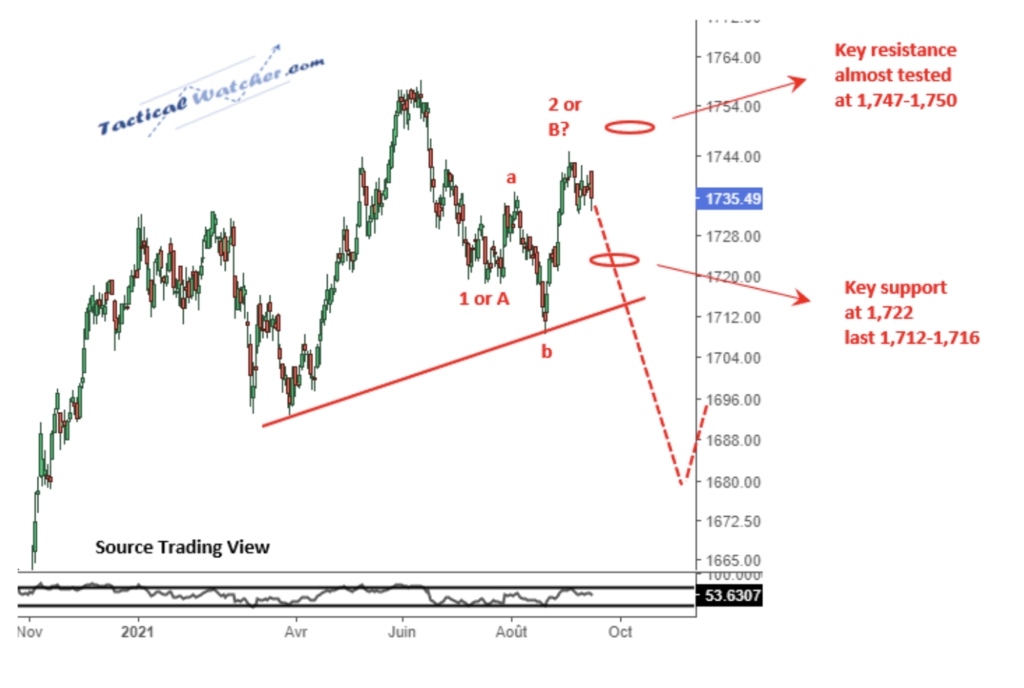 Unsurprisingly, the picture is similar on the EM currencies vs the dollar, as 76.4% of “wave 1 or A” has almost been reached on the chart above. This would improve the lack of visibility we were complaining about, as EM currencies have been sideways since the beginning of the year. 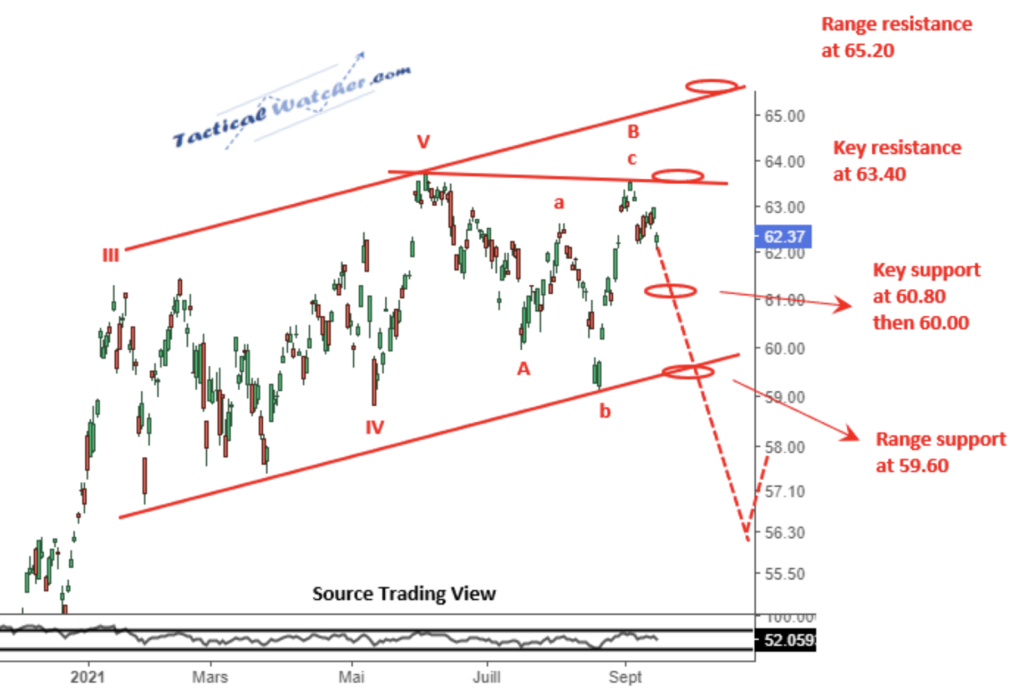 In the context described above, fundamentally and graphically, EM indices would extend on the downside the consolidation they have been developing since the middle of the year. 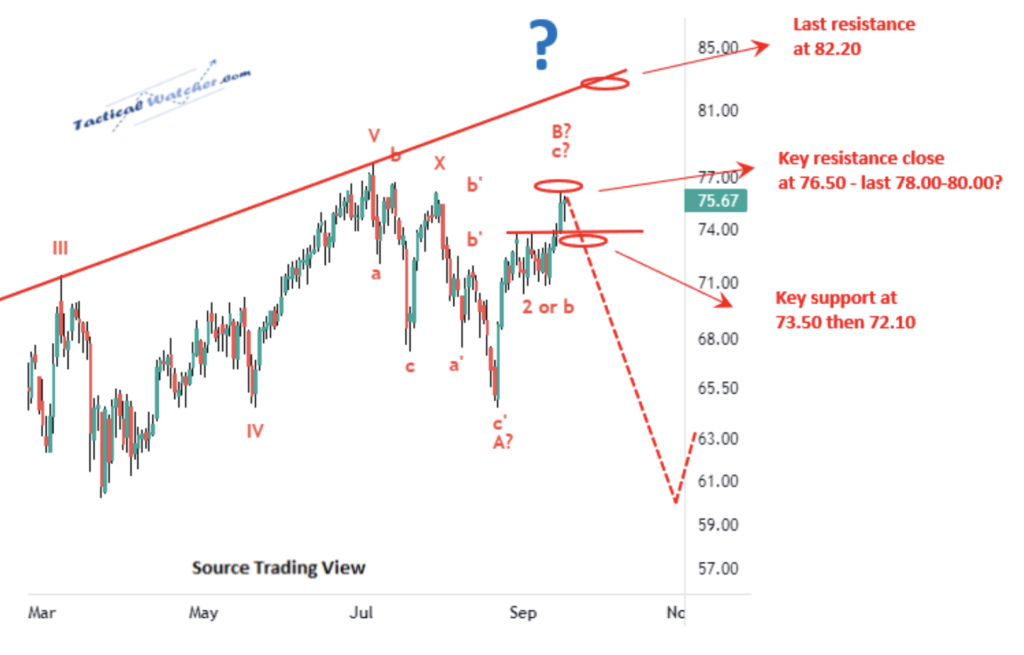 While our scenario is on track, the situation is going to be at a very key juncture. If the consolidation since last summer is set to extend, a reversal must now occur on the downside. Otherwise, we will have to admit that we are wrong and open our minds to a resumption of the uptrend. Answer in the coming sessions.