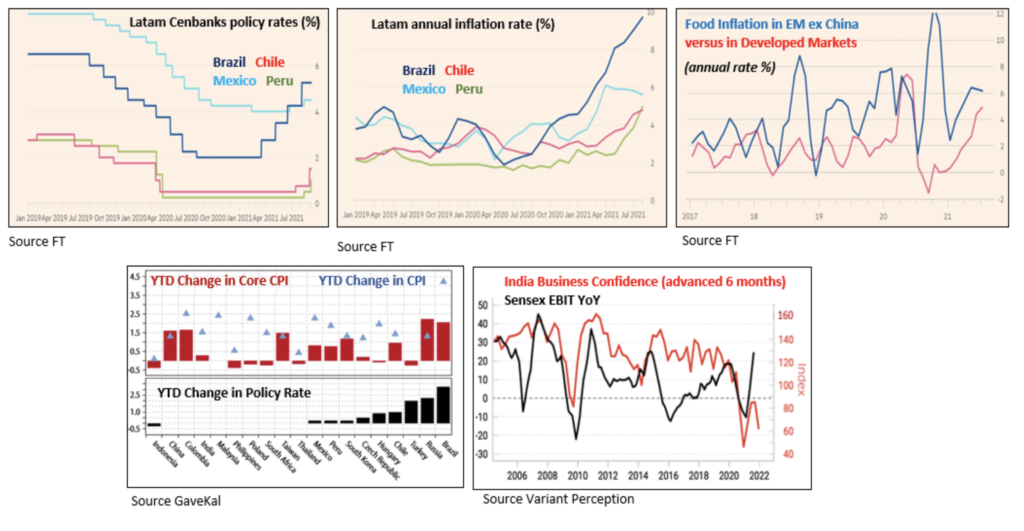 Take a look at the first four charts: EM have been hard hit by a resurgence of inflation, if only due to the sharp increase in food prices (on top of the supply chain disruptions + higher transport costs + etc). In response, EM cenbanks have tightened the screws and a new cycle has started, which will last for a while. The period of easy money and free lunch is over in emerging countries, with the resulting two key issues: 1) the difficult trade-off between tighter monetary policies and slowing growth (such that higher rates do not put recoveries at risk) and 2) the impact on EM currencies relative to the US dollar (as any strength in the former would be welcome for EM equity markets).

On the first issue, we believe that the risk of higher inflation (as it does not seem to be that transitory) and of slower growth is high (so the past months’ sideways consolidation may extend towards the downside on the MSCI EM ex China index). As for the second issue, our expectation/scenario of a lower greenback overall adds to the uncertainty/complexity of the current background (no wonder therefore the seesawing & directionless range of the MSCI EM Currency index since the beginning of the year).

Meantime, the last chart (bottom right-hand) highlights the drop in business confidence that has been following the rise in raw material prices in India. And it does not bode well for corporate profits in the near future. Hence the call we reiterate of a very toppish situation on the Indian stock market (whatever the index, Nifty 50 or Sensex 30/50); especially as the country is the most liked/favoured story/investors’ allocation within EM.

When it comes to developed markets, it seems that the jury is still out among investors/strategists with regard to the temporary nature of inflation; especially as the US core CPI was up only 0.1% MoM in August. However, as often/usual, the devil is in the details and, while the delta variant may create an illusion of “transitory”, there is a real suspicion about the CPI OER (Owners’ Equivalent Rent) that was estimated at +0.3% MoM when calculating the US CPI. Other surveys indeed are showing a much higher acceleration on the upside in this domain, as shown on the middle chart.

As shelter inflation accounts for 42% of the US core CPI, the doubt remains about whether yesterday’s data was an aberration/one-off, and, whatever the drop in used car prices, whether inflation is really set to cool down in the coming months.

It is thus difficult to take the reaction that followed suit on the Treasury market for granted, in particular when there is almost no more issuance (right-hand chart), pending the outcome of the debt ceiling issue. Last week’s 10/30-year paper auctions led to a bid-to-cover ratio at 2.486 on the long bond indeed, ie the highest since July 2020 and far above the last six-auction average of 2.276! Granted, for obvious reasons, the amount at stake was small (only $24bn offering on the 30-year Tbond). Remains that, as already explained, US treasuries are stuck in a technical situation for the time being, such that they may temporarily diverge from the fundamental background. 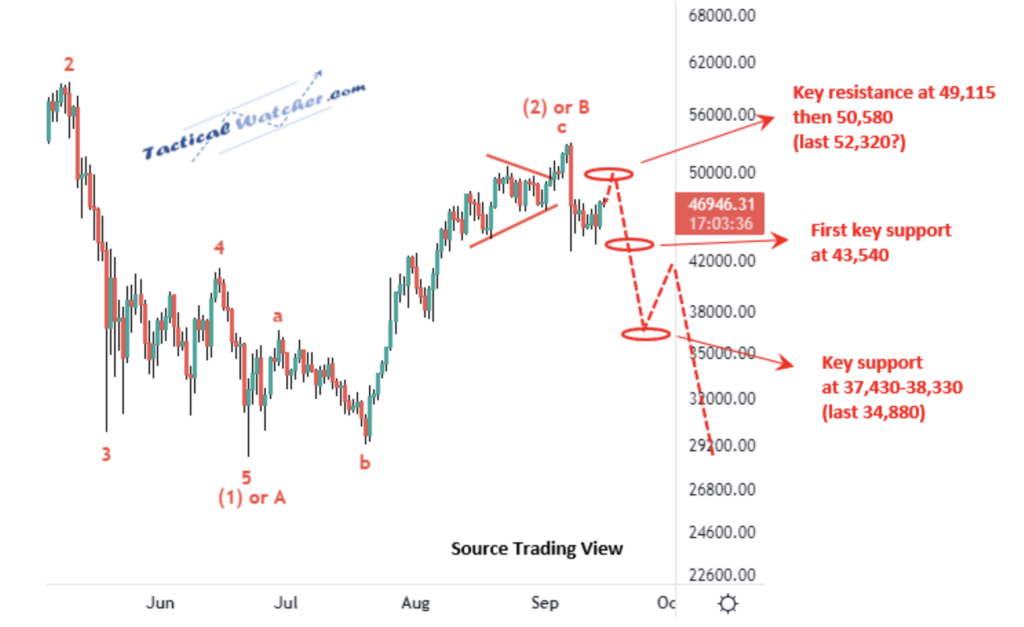 Our scenario is on track. We just update the levels. 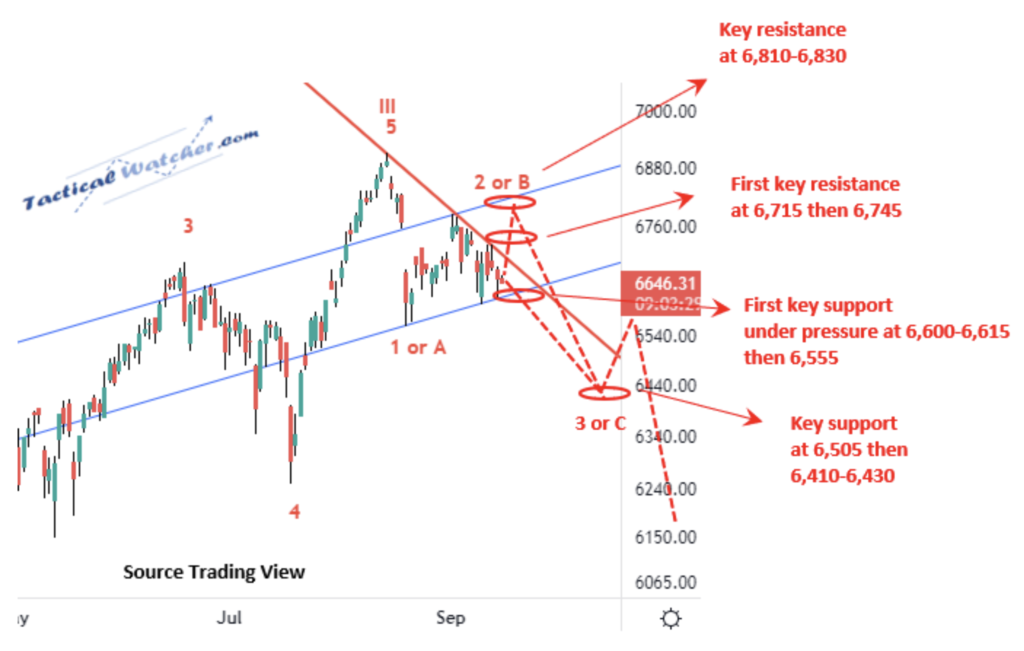 While wave 2 or B may extend for the moment, any break below the first key support would open the door to the immediate development of wave 3 or C on the downside. 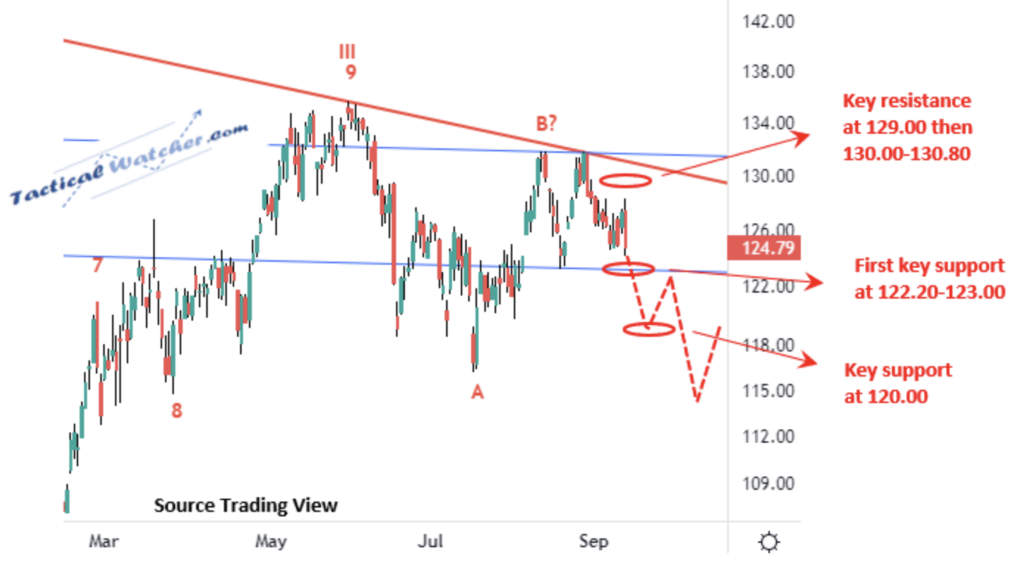 Of course, this does not fit with our negative view on the US treasuries. However, so far, our scenario of a larger setback since the top of wave III is unfolding as expected. 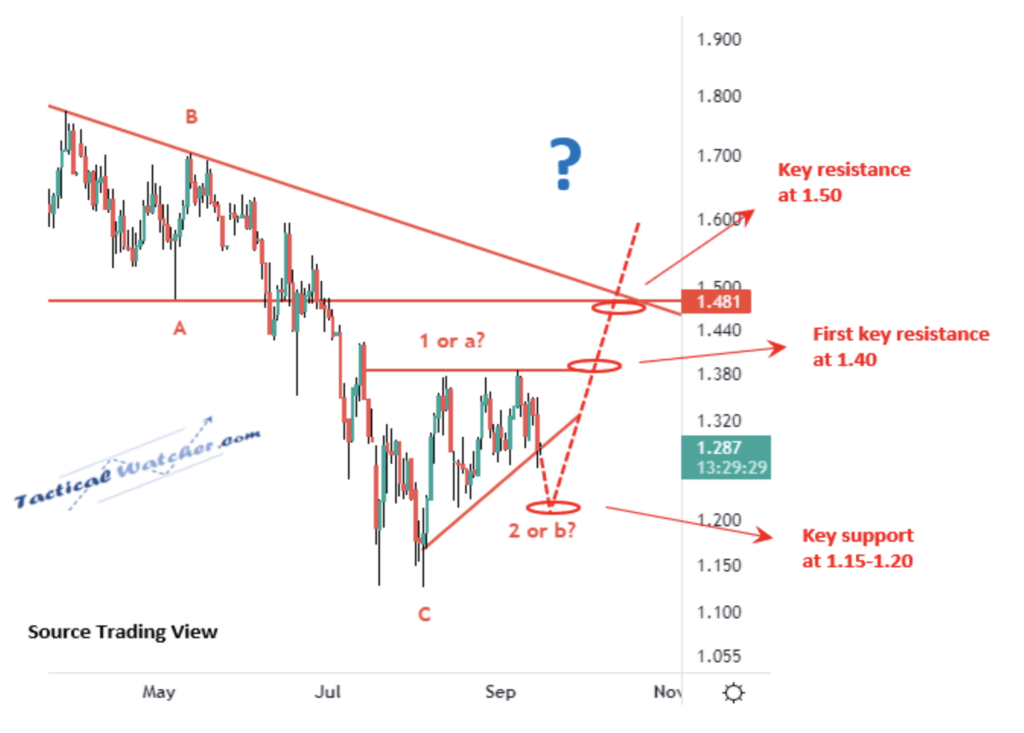 Let’s be honest. Once again, we are losing control of the situation and visibility is decreasing. To develop a triangle since the bottom of wave C is not positive while the 30-year yield is already testing its key support. We may again be forced to adopt a wait and see stance.